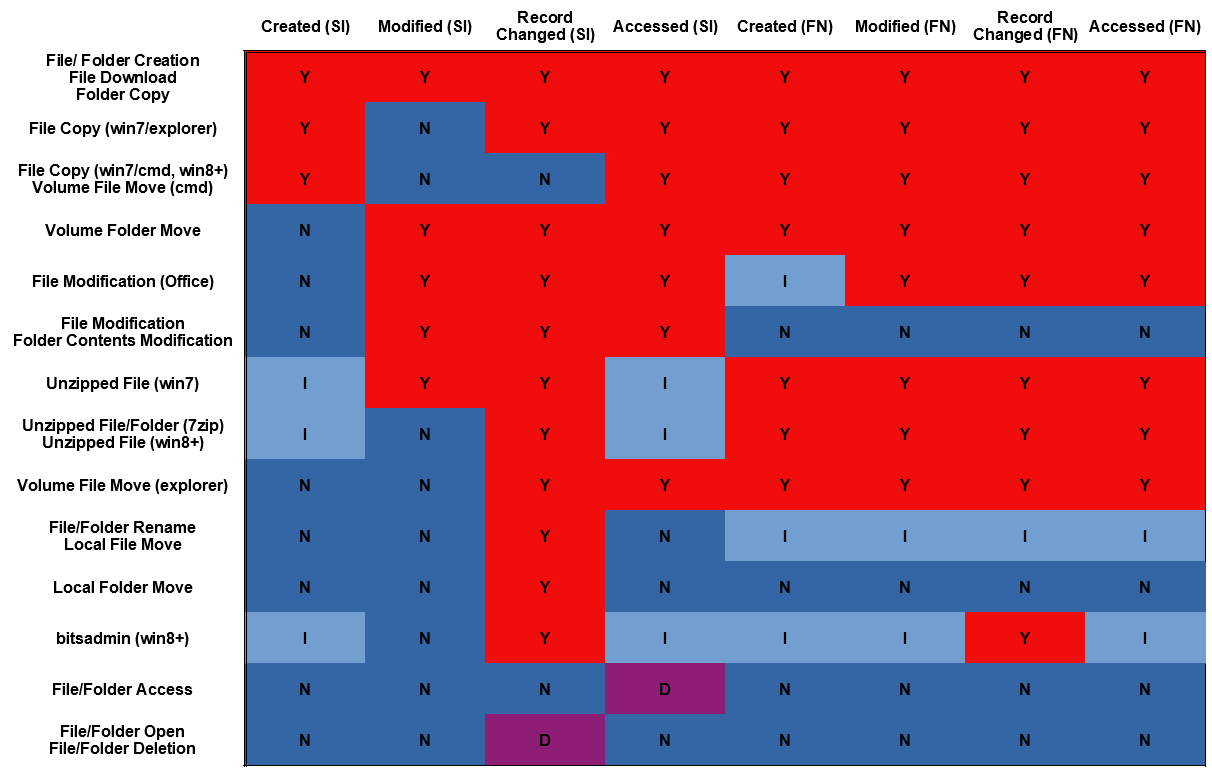 A concept of this table is similar to "Windows Time Rules" of SANS Poster. I swapped rows with columns in the table because most forensic tools show metadata horizontally. Additionally, in order to avoid confusion, I use expressions of timestamps in X-Ways instead of "MACtime", "MACB" and "MACE" on purpose.